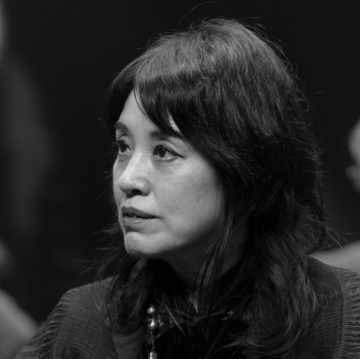 She began to publish poems in 1981 and focused on writing after resignation in 1986; she founded the culture salon White Night in 1998.

She has created multiple collections of poems and anthologies including Woman, Beyond All Roses, Called Everything, Finally in a Financial Strait, 14 Plainsongs, Line Spacing, Fuchun Mountain Tour with Huang Gongwang, the Most Euphemistic Words, and The Trend Has Gone. Her works have been translated into English, French, Dutch, Italian, Spanish, and German and published in these countries.